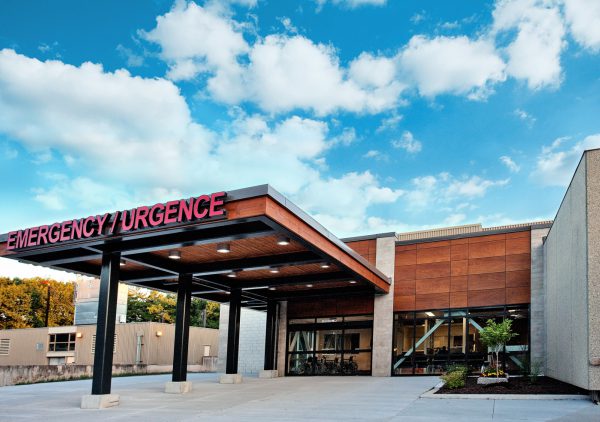 When Cindy asked, “will you take me to the hospital?” Paula knew there was something seriously wrong.

Cindy had been experiencing occasional chest pain for about five months, when it suddenly became unbearable on March 30, 2016. The pain stabbed through her chest and between her shoulder blades, sending her into the fetal position. She knew she needed to get to the hospital.

Within 30 minutes of arriving at Georgian Bay General Hospital, Cindy had been triaged and Internal Specialist Dr. Fahy had been called in. Knowing there was a problem with Cindy’s heart, Dr. Fahy ensured all the proper tests were done so that Cindy could be quickly admitted and treated at our region’s cardiac centre at Southlake Regional Health Centre in Newmarket.

11 days, and a quadruple bypass later, Cindy and Paula returned home. The couple credits the incredible staff at Georgian Bay General Hospital for saving her life.

Paula has donated to Georgian Bay General Hospital since moving to Midland in 2013. “I am happy to do my bit to help our hospital whenever I can. We need it and it needs us.”

Challenge your friends, colleagues and family members to get MUDDY! 🏆
... See MoreSee Less

Have fun testing your abilities and braving the mud as you walk, run, climb, or crawl through the 2020 Obstacle Course, in support of two great organizations promoting innovation and sustainability in...

Sandra Schmirler Foundation has been a generous supporter of our Georgian Bay General Hospital!

Tune in for their telethon on Sunday. Call 1-866-210-6011 to help support Neonatal Intensive Care Units across Canada.

<3❤️ or 🔁 share if you will be making this phone ring in one week! Next Sunday is our annual telethon at the Scotties to raise funds for hospital NICUs to purchase life-saving equipment for premature and critically ill babies.
And we couldn't do it without Versature! #ChampionStartSmall #STOH2020 ... See MoreSee Less