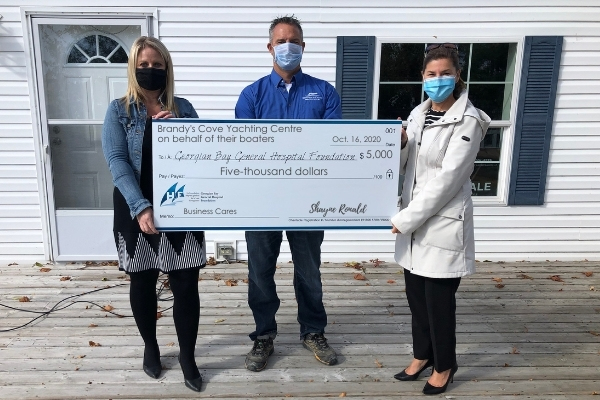 On October 16, Brandy’s Cove Yachting Centre in Honey Harbour made a generous $5,000 donation to Georgian Bay General Hospital (GBGH) on behalf of their boaters.  When the annual year-end celebration couldn’t take place due to gathering restrictions, the marina chose make a contribution to their local hospital instead.  The funds will support the most critical equipment & technology priorities at GBGH.