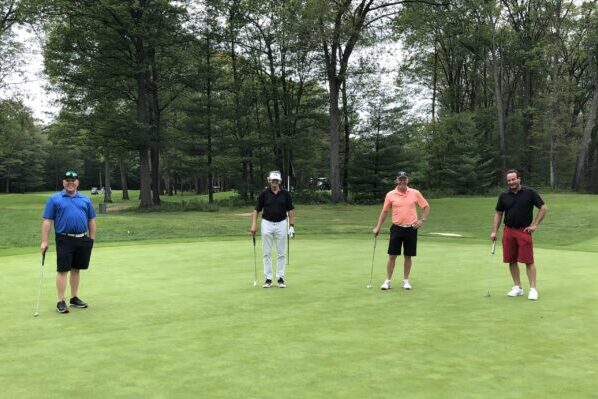 On Friday, August 28, 2020, a small group of 56 golfers gathered at the Midland Golf & Country Club for the first-ever Captain’s Invitational Golf Tournament, raising more than $354,000 in support of Georgian Bay General Hospital (GBGH).  Presented by Toronto-based Urbacon, and hosted by Glenn Howard, the tournament commanded $8,000 per foursome, with a goal to raise $110,000 for GBGH.

Urbacon Chairman, Marco Mancini, has a 10-year, $500,000 pledge to GBGH through the annual Glenn Howard Charity Golf Classic, which, like many other events, had to be cancelled this year.  Determined to rally others to join him in supporting the hospital, Mancini proposed the smaller, executive tournament with a dinner and celebration at his private residence in Tiny Township. 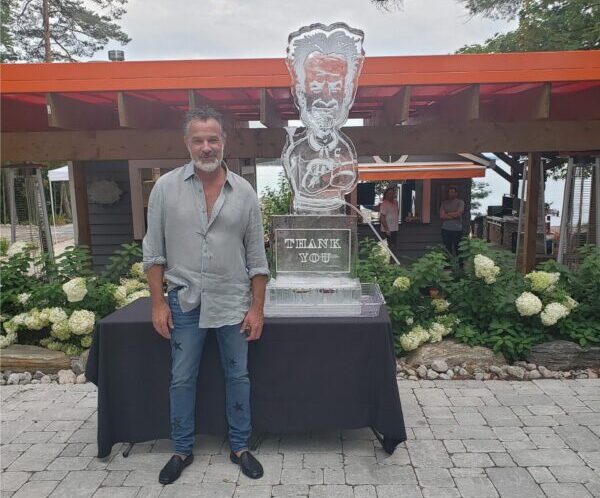 “It is my privilege to assist the Foundation to help make a difference in people’s lives. Over the 20 years my family has been in Georgian Bay, we have made several trips to GBGH.  We are lucky to have this outstanding facility in our region,” said Mancini.  “I am thrilled with the results of the Captain’s Invitational.  Urbacon is in the business of building, but we are also committed to building better, stronger and healthier communities.”

This unique tournament brought together loyal Glenn Howard Charity Golf supporters and a handful of teams associated with Urbacon. The results were nothing short of inspiring.  Mancini challenged everyone involved to step up for GBGH, and committed to matching every donation made at the event.

“Marco’s challenge had an immediate and contagious effect,” says Nicole Kraftscik, executive director, GBGH Foundation. “Ten individuals pledged gifts ranging from $1,000 to $30,000, with a grand total of $104,000 committed in less than one hour.  I am overwhelmed by the amazing generosity and incredibly grateful to everyone who is helping ensure that critical health care is available close to home. Most of us don’t expect to be admitted to hospital – until we are. Nothing is more important than the health of our community.”

The funds raised will complete the surgical expansion project, which began with the Glenn Howard Charity Golf Classic in 2018. The $300,000 project expanded the surgical services at GBGH to include laparoscopic hernias, three specialized urology procedures, two specialized ENT (ear, nose and throat) surgeries, and orthopedic shoulder surgeries. Additional funds will help address the hospital’s significant investment in COVID-19 pandemic preparedness, which totals more than $500,000.  Add this to the hospital’s unmet capital equipment requirements of more than $7-million, and it is clear that supporting the hospital has never been of greater urgency.

“I am thrilled to see the fundraising for the hospital’s surgical expansion project completed,” says Glenn Howard, world champion curler and host of the Captain’s Invitational Golf Tournament.  “Kudos to Marco and Urbacon for ensuring we could get this wrapped up for GBGH this year and support the most ongoing critical needs. A donation to our hospital is really a donation to everyone within the community. I want to share my heartfelt gratitude to everyone who pitched in.”