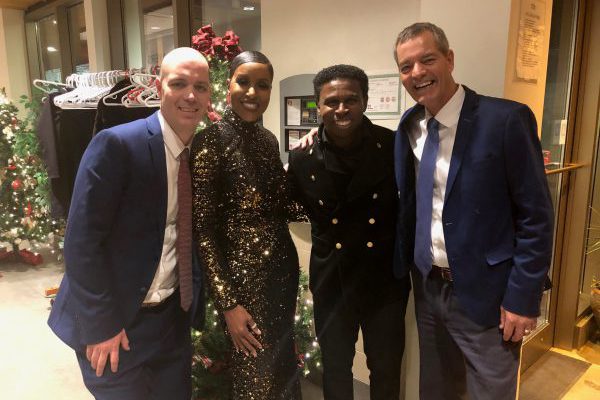 On Tuesday, December 10, Mike “Pinball” & Diane Clemons welcomed guests to a unique Christmas variety show at the Midland Cultural Centre.  In keeping with the spirit of giving, the proceeds from the event are being donated to the Georgian Bay General Hospital (GBGH) Foundation to help with the purchase of critical patient care equipment and technology.  Thanks to a great spirit of generosity from the organizers, performers and guests, the event raised $10,600 for the hospital.

It was the stories told throughout the show which brought out the real Christmas spirit, with raw and heartfelt memories shared by Diane on her childhood, and inspiring anecdotes from Mike on the true meaning of this special season.

“The show tonight was spectacular! A truly unique intimate time together with special people and amazing talent!  So happy I had the opportunity to be there,” says Michelle Lesperance, who attended the performance.

“I’ve been down to a number of ‘Christmas with the Clemons’ events in Toronto, and felt it would be amazing if we could have the same sort of show here in the Midland area,” says Steve Renault, CEO of Middle Retirement.  “We chose to raise funds for Georgian Bay General Hospital because it is such an important part of the community and equipment is not funded by the government.”

“This was an incredible event for our community,” says Nicole Kraftscik, executive director, GBGH Foundation.  “Steve and Brandon from Middle Retirement brought outstanding talent together for a fun-filled, energizing Christmas celebration.  We are honoured that Mike & Diane took the time to come to Midland, and be part of an event which resulted in an impactful gift of $10,600 for patient care at GBGH.” 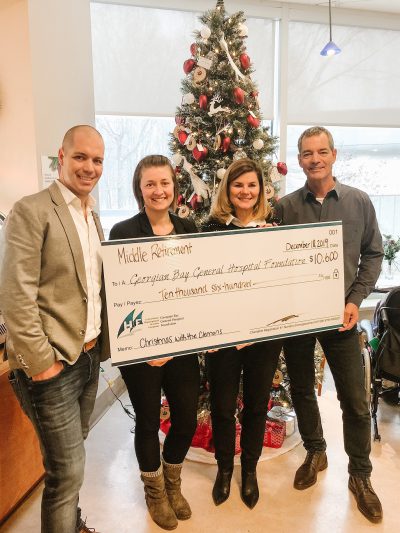 A big HEARTFELT THANK YOU to the Emergency Department! A donation has been made in their honour to the Heartfelt Thanks tribute program, as a thank you for the exceptional and compassionate care provided.If a Georgian Bay General Hospital team member made a difference in your life, please consider giving back by making a donation in their honour. Learn more here: gbghf.ca/heartfeltthanks/#HeartfeltThanksForGBGH #Give2GBGH #gbghmidland #shareyourstory #HospitalHeroes #communitycares #GBGH ... See MoreSee Less

June is National Indigenous History Month, where we take time to recognize the rich history, heritage, resilience and diversity of First Nations, Inuit and Metis Peoples across Canada. We honour Indigenous heritage by supporting and promoting local Indigenous businesses. Waaseyaabanokwe Designs shares Ribbon Skirts, Ribbon Shirts and Beadwork (some for sale and some not) all hand made by Star Cherie Jamieson! Check out her page for more information! #NIHM2022 #IndigenousHistoryMonth #supportlocal #indigenousbusiness ... See MoreSee Less

The #PowerofGivingHybridGala is happening on Saturday, September 24th! This event would not be possible without our amazing sponsors. A special THANK YOU to LabX Media Group, a Power of Impact sponsor! “Georgian Bay General Hospital is a cornerstone of our community that has an incredible impact on so many lives, now more so than ever, and LabX Media Group and our employees are proud to support the foundation’s premier Gala event.” ~ Jamie Burns, Vice President, LabX Media Group. Thank you to LabX Media Group! ♥ Learn more here: www.labxmediagroup.com.#PowerofGivingHybridGala #Give2GBGH #SupportGBGH #CommunityCares #Sponsorship #businesscaresforGBGH ... See MoreSee Less