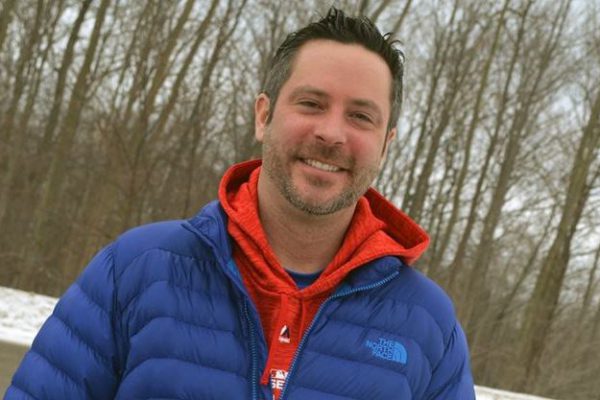 Wojcicki, 36, woke up around 4:30 a.m. on the morning of Feb. 7 with unbearable pains in his lower abdomen. His fiancé quickly got him to Georgian Bay General Hospital and a few hours later he had received a CT scan, been diagnosed and had his appendix removed.

Wojcicki arrived at the GBGH emergency department around 5 a.m. By 7:30 a.m. he had received a CT scan to determine the cause of his abdomen pain. By 10:30 a.m. he was informed that he had appendicitis and his appendix was on the verge of rupturing. He quickly opted for surgery to remove it.

At around noon Dr. Eileen Sacks, president of GBGH medical staff, stopped by to go over details of the surgery.

“It seemed like just another day for them, but I had never had surgery before,” said Wojcicki, who was slightly unsettled at the thought of being cut open.

Nurses began prepping him for surgery just before 2 p.m. and he was impressed with how well the hospital staff put him at ease.

“Everybody was doing their thing, they had music going and were making it a comfortable environment,” said Wojcicki. “They were very professional and it made me very comfortable.”

The anxiety around getting knocked out by anesthesia and going under the knife seemed to fade away for Wojcicki.

Surgery went perfectly and after an evening of observation Wojcicki was discharged and went home.  He walked out of GBGH grateful for the care he had received — which hadn’t been the case in the past.

“Quite frankly, I had a couple experiences at that hospital and I had said to myself that I’d never go back,” said Wojcicki. “But I was in so much pain I knew I had to go to GBGH. They really earned my respect.”

Wojcicki was also able to benefit from the renovated emergency room, new CT scanner and refurbished second operating room — all upgrades the hospital made over the past year.