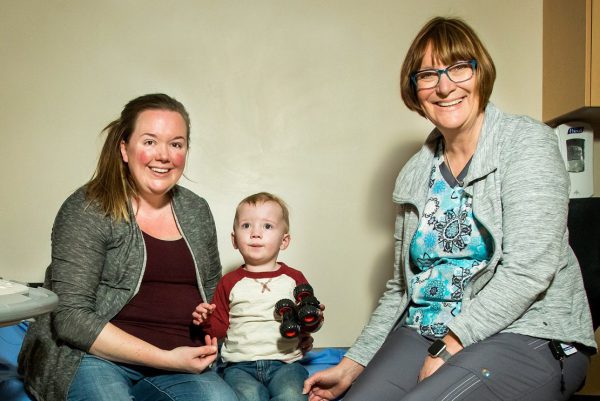 Ultrasound is a simple, non-invasive and radiation-free technology which provides a wealth of information about internal organs, tissues and vessels. Although commonly known for  pregnancy scans, it also provides important diagnosis for gall stones, appendicitis, cancer and so much more.

At 33 weeks pregnant with her son Travis, Blair Manock visited Georgian Bay General Hospital (GBGH) for a scheduled ultrasound, never expecting any issues.  Aside from gestational diabetes, she had a fairly normal pregnancy.

“Everything was going great,” says Blair. “As my pregnancy progressed, we were a little concerned about the size of the baby due to my diabetes, so Dr. Gaffney sent me for an ultrasound at 33 weeks just to be sure. THAT is when they found an issue with Travis’ heart.”

In most cases, heart conditions are identified at the 20 week anatomy scan, however, for Blair, her anatomy scan was done at a clinic outside of the hospital and the issues were not discovered. When GBGH sonographer Jolanda identified the abnormality on the scan, she immediately informed Blair’s physician. Although the ultrasound at GBGH detected the abnormality, Dr. Gaffney sent Blair to North York General Hospital for an ultrasound with better image quality, so that she could be referred to a fetal cardiologist.

“We went to see Dr. Beaulieu and the news was not good,” says Blair. “We were told that Travis had many heart defects and would likely require open heart surgery right away to help him survive.”

Travis was born on July 19th, 2018 at Mount Sinai Health Centre in Toronto, 3 weeks before his due date. Blair had a scheduled cesarean section, and Travis was immediately taken to Sick Kids Hospital, where he had a multitude of ultrasounds, echocardiograms and other tests before undergoing open heart surgery at just 5 days old. Although the recovery was incredibly hard,

Travis proved he was a fighter and came home to his family in Penetanguishene on September 5th, at 7 weeks old.  Following a second surgery at 6 months of age, Travis is now thriving. He will still require at least one more surgery as a child, but until that time, the family is thankful he is healthy and they can enjoy their time together.

“Our whole family is so grateful to the ultrasound technician at GBGH for being so good at her job and noticing the heart defect,” says Blair. “She discovered a massive medical issue that we would not have known about until after birth and the outcome of this could have been so different and tragic. We are forever thankful and so lucky.” 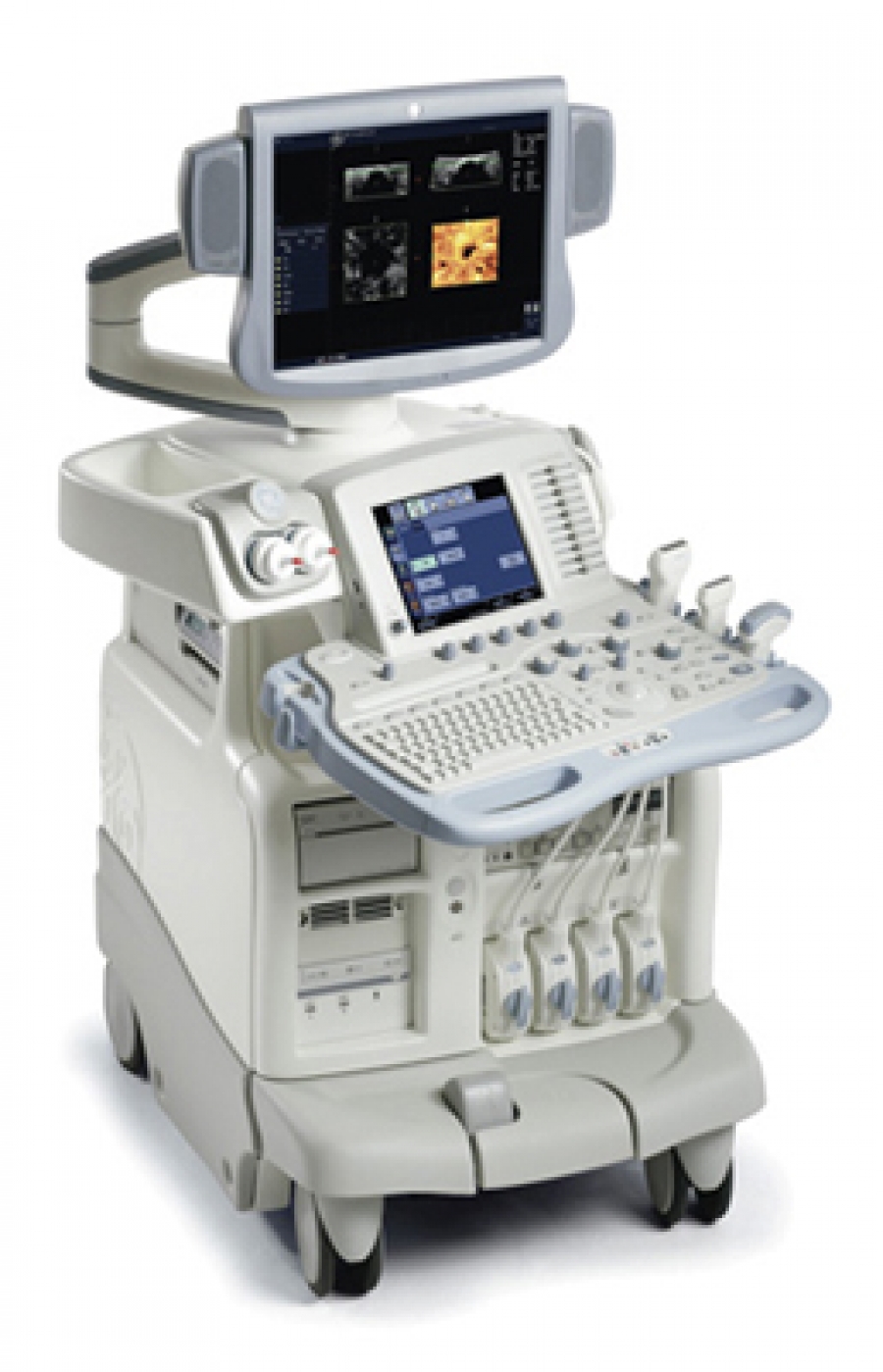 At GBGH, ultrasound technology is a critical tool for assessment and diagnosis. Nearly 200  ultrasounds are performed each week on one of the three ultrasound units, however the units range from 7-13 years old. New ultrasound technology offers vastly greater image quality, with smaller, lighter probes and much more efficient functionality. For the most precise exams, new machines provide high definition imaging for structures in the body as small as 1mm, such as the heart valves of a tiny baby inside its mother’s womb.

“Unfortunately, our outdated ultrasound equipment does not come close to the resolution we require for such small measurements,” says Jolanda Winlove-Smith, sonographer at GBGH. “We are imaging the most precious beings for expectant parents, and we need to be able to provide the clearest images to our physicians for assessment and diagnosis.”

This year, GBGH has prioritized the purchase of a new ultrasound to replace a 13-year old machine that no longer supports for software updates and replacement parts. The new ultrasound will cost approximately $220,000, and because equipment is not funded by the government, the hospital relies on the community to fund the purchase through the GBGH Foundation.