Why I’m getting a tattoo of a rattle snake.

I was at our cottage on Gloucester Pool on a hot July evening with some work colleagues. The sun was starting to set as I headed out to start a camp fire. It was shaping up to be a beautiful night. 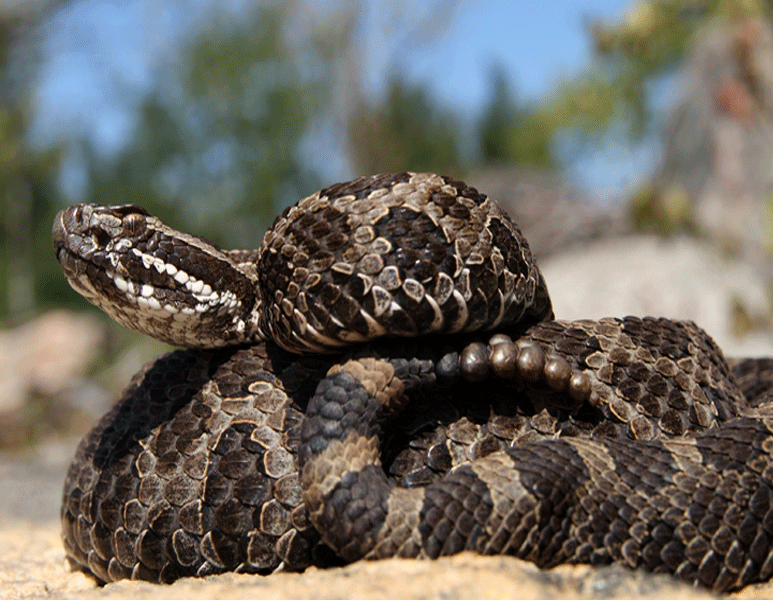 As I reached down to pick up some firewood, I felt a sharp sting on my left hand. My first thought was that I was stung by a wasp or hornet. It was getting dark, but when I looked down at the ground, I saw what it was – a snake. My second thought was “I can’t believe I was bitten by a snake”. Then, in a delayed reaction on the snake’s part, I heard the distinct “rattle”. As soon as I heard it, I knew exactly what happened.

I went back in the cottage and told my colleagues that I was bitten by a rattle snake. Of course, they didn’t believe me and had a good laugh. Rattle snakes are rarely seen around Port Severn (or so I thought). Fortunately, one of my coworkers lived in the area and had seen a rattle snake bite before. She knew exactly what it was and immediately called Georgian Bay General Hospital to ensure they had the anti-venom and let them know that I was on my way. 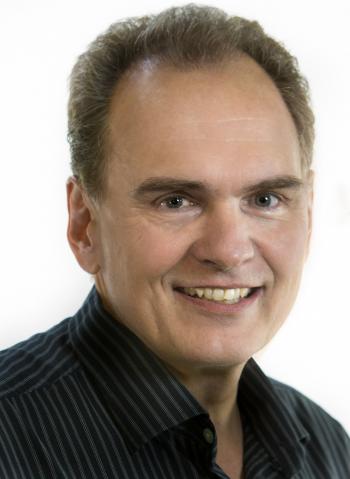 I told my team I’d go get the shot and be back later to join them around the camp fire. A friend drove me to the hospital.

When I got to emerg, they were waiting for me and immediately brought me in. At that point, my hand was starting to swell and ache. After inspecting the bite, the ER doctor said it definitely looked like a rattle snake bite and that I would likely be in the hospital for a few days. I couldn’t believe it and had no idea what was involved. I never met anyone that had been bitten by one before.

The nurses and doctors at GBGH were fantastic. They were very attentive to my every need (and endless questions). They made every effort to make me comfortable. Everything was explained every step of the way. I ended up getting out sooner than most – only three days. I know much of that was because of the awesome care I received.

I’m now getting my first tattoo with a rattle snake on it.

When you make a tribute gift to the GBGH Foundation in memory of a loved one, you are helping to empower Georgian Bay General Hospital to deliver exceptional health care. Thank you. 💗To learn more, visit: gbghf.ca/giving/in-memory/ ... See MoreSee Less

A big HEARTFELT THANK YOU to our ER Nurses! A donation has been made in their honour to the Heartfelt Thanks tribute program, as a thank you for the exceptional and compassionate care provided.If a Georgian Bay General Hospital team member made a difference in your life, please consider giving back by making a donation in their honour. Learn more here: gbghf.ca/heartfeltthanks/#HeartfeltThanksForGBGH #Give2GBGH #gbghmidland #ShareYourStory #HospitalHeroes #communitycares #GBGH ... See MoreSee Less

Shoutout to ClubHouse Fitness in Midland for this amazing #BusinessCares initiative!For the months of December 2022 and January 2023, ClubHouse Fitness will be donating a portion of sales from ALL new memberships purchased during this time to the GBGH Foundation! “ClubHouse Fitness is excited to promote good health and wellbeing and is happy to support the GBGH Foundation. We aim to build a strong community through health and fitness and encourage all individuals to enjoy a welcoming and fun fitness class experience. We are thankful to have a wonderful local hospital and be able to support the local community.” ~ Owner, Aimee Piech.To purchase a membership, visit: clubhousefitness.ca/memberships#gbghmidland #communitycares #businesscaresforGBGH #gbghf #HeartfeltThanksfromGBGH ... See MoreSee Less