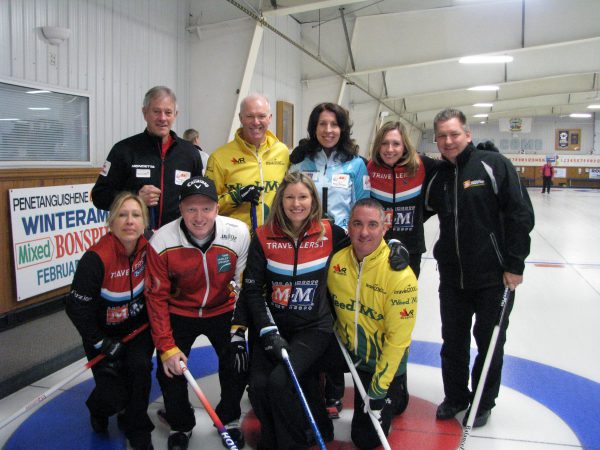 Volunteer, Donor, and Curl with the Pros Champion

“We wanted to contribute to something that would stay in the community and looked at what the biggest need might be in our area. The events that we have put on over the years attract the community because they’re fun and practical. The fundraising, that’s the fun part!”       – Sherry Middaugh

Sherry and Wayne Middaugh have spent the past 20 years simultaneously building extremely successful curling careers on the national and international stages. They have also established themselves in the Midland community, where they live with their two daughters, Emily and Kelly. They are proud of the community they live in and have worked hard to ensure that this community remains at its healthiest.

Best known for her career as a pro-curler, Sherry is a five-time Ontario curling champion and four-time bronze medalist at the Canadian Championships. But, here at home, she has also put her strategic vision to work in support of the Georgian Bay General Hospital Foundation.

Sherry is responsible for spearheading the event, Curl with the Pros, a fundraiser that completed ten successful years in 2014. The event began in 2004, each year bringing out an overwhelming number of participants from the community, while also taking GBGH to a national stage.

In ten years, Sherry’s Curl with the Pros event raised over $200,000 in support of annual equipment needs at GBGH! In 2012, the fundraiser generated the funds to purchase four new hospital beds; in 2013, a new treatment room in the Emergency Department; and in its last year, raised funds for six patient controlled pain pumps.

On top of Curl with the Pros, Sherry and her husband Wayne have been organizing an annual golf tournament at the Midland Golf and Country Club. This fantastic event has raised $390,000 since 2001!

We want to say THANK YOU to Sherry and Wayne Middaugh for the incredible gifts of time and support given to the GBGH Foundation.