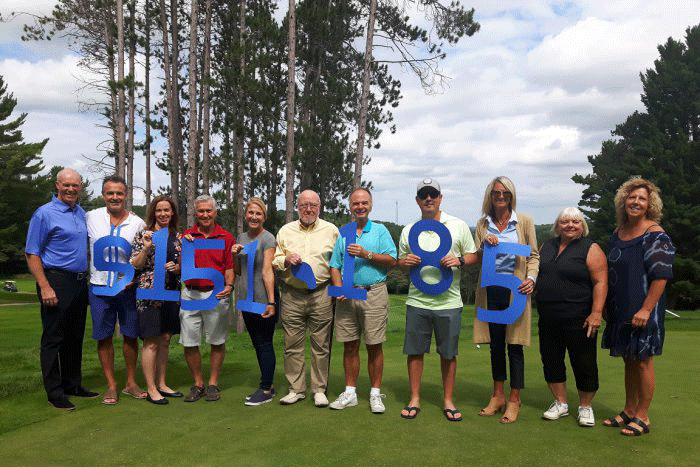 The Glenn Howard Charity Golf Tournament committee is celebrating another incredible year! $151,185 was raised for Georgian Bay General Hospital at the annual tournament on Friday, July 20th…with special thanks to Marco Mancini of Urbacon for his incredible generosity.

Marco also announced at the event that Urbacon would continue to support the event with a $50,000 commitment annually for the next 10 years!

Thank you so much to the whole crew for your amazing contribution to local healthcare at Georgian Bay General Hospital!